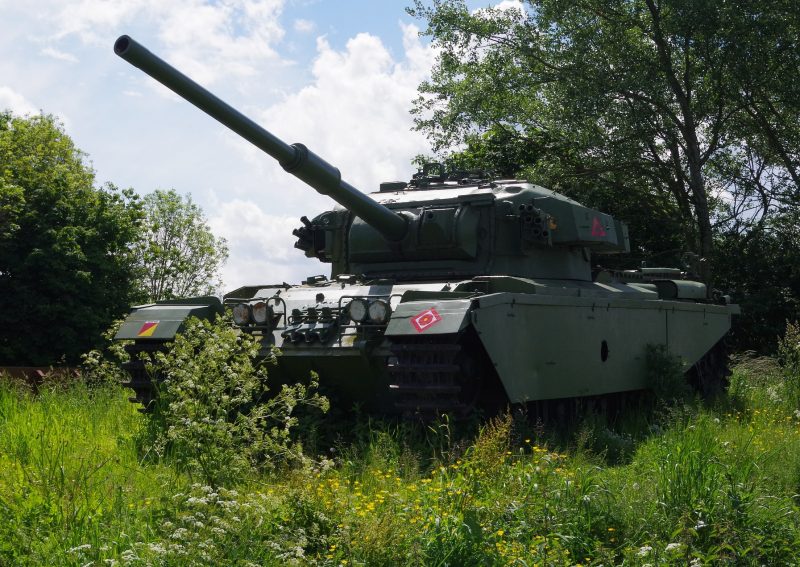 The Time for the UK to Re-Arm is Long Overdue

For the last month, we’ve all been glued to our television screens watching the horrors unfolding in Ukraine. While the government has been strong in its condemnation of Russia’s invasion of Ukraine, its actions do not go far enough. The effects of Russia’s aggression toward Ukraine and its subsequent actions will influence the future of geopolitics and foreign affairs for decades to come.

And we’ll feel those effects closer to home.  If there’s one thing that the war in Ukraine has shown is that re-arming the UK is long overdue.

It’s clear that we need a new approach to our armed forces. The events in Ukraine should focus minds on the need to re-arm. We can no longer rely on our international partners, including the United States, to be prepared to step in on our behalf if the situation arose.

We have to start by looking at the current state of our armed forces. Successive governments have taken the approach of reducing the headcount of our armed forces to redirect military spending to other priorities, such as social care.

It’s also worth appreciating that our military has evolved to address the evolving threats we face every day. Boots on the ground have been sacrificed in favour of a technologically driven approach.

One area where this is clear to see is with the reduction of fighter jets. We’re estimated to have less than 120 operational fighter jets in the UK military. Personnel carriers and tanks have also been reduced to similar numbers as funding priorities have changed to upgrading our cyber defences.

The UK military now stands at the lowest number of troops for over a hundred years. We’ve all applauded the bravery of Ukrainians to enlist and defend their country, but would we be able to gather the same numbers if the tables were turned?

When we think about our military forces, we often turned to our long-standing partnership with the United States. The so-called ‘special relationship’ that every Prime Minister has tried to develop over time. Inevitably, one side of this special relationship has always had authority over the other.

While we often step in unison with the United States, our approaches have been different on Ukraine. The Biden administration has been following a policy of containment in the face of Russia’s aggression against Ukraine. The President personally intervened to block the transfer of MIG jets from Eastern States to Ukraine.

When Prime Minister Zelensky pleaded with world leaders to send ammunition to Ukraine’s civilian forces, Biden instead offered him transport out of the country. Zelensky’s response of “I need ammunition. Not a ride” is destined to become a defining moment of the war in Ukraine.

This wasn’t the first time that Biden’s response to Zelensky fell short of what we would expect from our nearest ally. Before Russia’s invaded Ukraine, Biden tried to discourage Zelensky from attending the European conference in Munich.

While only Biden can know the true intention behind his actions, his policy of containment has been to act in a way that prevents NATO – and by extension, the United States – from being pulled into the front lines of this conflict.

All you have to do is to log onto social media to see what is happening and the aggressive tactics being adopted by Russia. The issues of paid Russian trolls and bots have been extensively covered by the media.

Known as the ‘Russian web brigades’, these Kremlin Bots are state-sponsored entities that have been pushing pro-Putin disinformation throughout the internet. Thankfully, social media companies are finally stepping up to take decisive action against these coordinated trolls and online attacks.

No doubt re-arming our military will have to include continuing to develop our cyber intelligence. Yet it shouldn’t be done at the cost of our military personnel and capacity to put boots on the ground.

With a lack of leadership coming from the United States, it’s clear that the UK must forge a future where it is self-reliant. From day one, we’ve done everything we can to support Ukraine. Zelenskyy himself has pointed to the public pressure in the UK as the reason for the Prime Minister’s support and packages of military weapons and aid for Ukraine.

In the future, we need to be strong enough to support countries like Ukraine and others at risk of falling victim to Russian aggression or other foreign forces.

What should our new approach look like? It starts with re-arming our military. This strategy should include expanding our air force and army back to their former level of 100,000+ personnel to strengthen our capabilities. There’s a clear need to restore our number of fighter jets, tanks, and personnel carriers.

As the party of law and order, our country’s defences should always be at the front of our minds. We also have a role in upholding international order and human rights. Re-arming our military will be a way of boosting our ability to provide meaningful support to our international parties, including Ukraine if the situation deteriorates.

Russia’s invasion of Ukraine should focus minds on issues closer to home. While the country opens its doors for refugees and continues to apply pressure on the government to support Zelensky, we need to be prepared to offer military support should the situation arise.

It’s not too late for the government to reverse its military cuts and give our armed forces the capabilities it needs to fulfil our obligations to our international partners. Let us learn a lesson from this conflict and accept that the time to re-arm the UK is long overdue.